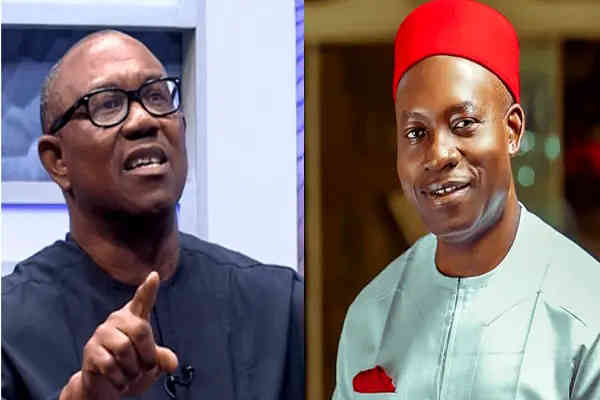 Governor Charles Soludo has reeled out reasons why the All Progressive Grand Alliance (APGA) will not take the hard decision of supporting the former governor of the state, Peter Obi, in his presidential aspiration under the Labor Party (LP).

Soludo, who is the leader of APGA, said that supporting LP’s presidential candidate will ruin the chances of the party’s candidates at different levels of electioneering.

The governor spoke on the matter recently in Akwa through his Special Adviser on Political Matters, Dr Alex Obiogbolu.

“The vision of APGA for the 2023 general election is to expand its reach and spheres of influence. APGA does not consider the wave of the OBIdient Movement as a threat towards achieving its set goals in 2023. The Labour Party (LP) and the OBIdient Movement are offshoots of the PDP. Therefore, they pose a big threat to PDP – not APGA.

“We wish Peter Obi good luck, but no matter how much we wish him, everyone is aware that we also have our own Peter Umeadi, running for president under APGA. Even if APGA should adopt Obi as its presidential candidate, our votes alone cannot make president.

“What we actually want to send as message is that as APGA people, and as Igbo people, we want to prove that one who is rejected does not reject himself. We have seen that politically, the Southeast and Igbo people have been denied what ought to be ours by the major parties, especially the PDP founded by an Igbo man, Alex Ekwueme.

Speaking further, Soludo tackled the Peoples Democratic Party (PDP) for giving its presidential candidate to another northerner. His words:

“PDP was founded in zoning, fairness and national patriotism. That was the reason why in 2019, the PDP ticket went to a northener, Atiku Abubakar, and Igbo people supported him; because they see PDP as a party that will protect their interest at the national level. Now that it is the turn of the Southeast to be rewarded, PDP threw the slot back to the north. That is a big injustice.

“Therefore, as a people, we are saying that 2023 is the time for us to recalibrate, and use APGA as a platform to fight for the emancipation of our people; because, we are not oblivious of the fact that since 1999, Igbo people have been taken for granted. And there is no better way to address the injustice than to rally round APGA.

“In 2023, we need to use APGA to send a message by ensuring that all the people that are going to represent us at the national assembly, both in Anambra and other parts of Southeast, are from the platform of APGA. Anything short of this does not represent the interest and aspiration of our people.”