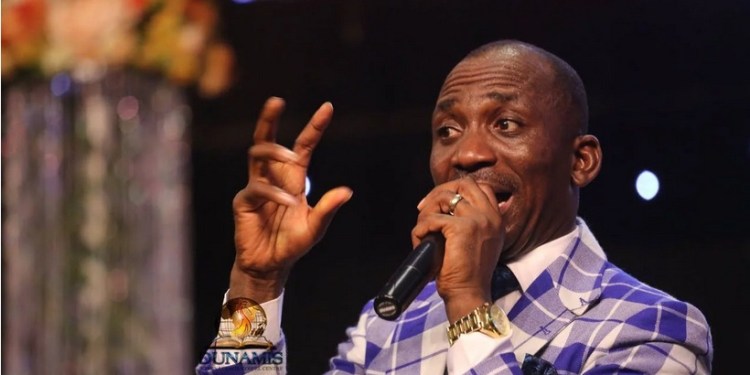 Pastor Paul Enenche has revealed God’s chosen Nigeria’s next president, according to the clergyman, the next president of Nigeria from the marginalized zone of the country.

Ahead of the forthcoming 2023 general, the general overseer of the Dunamis International Gospel Centre, Pastor Paul Enenche, has revealed the will of God for Nigeria.

Newsweekng reports that Enenche made the revelation on Sunday while addressing his members at the church’s headquarters in Abuja.

According to the clergyman, the will of God for Nigeria is the presidential candidate who enjoys massive support from Nigerian youths, healthy and not speaking garbage that is the subject of mockery.

Paul Enenche further states that God’s chosen candidate for Nigeria has an impeccable result in the area of corruption and had built a successful life outside of government and public office.

Without mentioning the name of any presidential candidate, Enenche added that the person has verifiable records and hails from the marginalized zone of the country.

“Who is he that has had enough success in life outside of government? A person who can run his life and be successful can run an institution. We have many people whose money can not be traced except to government and public office; we don’t know what they bought or sold except that they were in government and became rich.