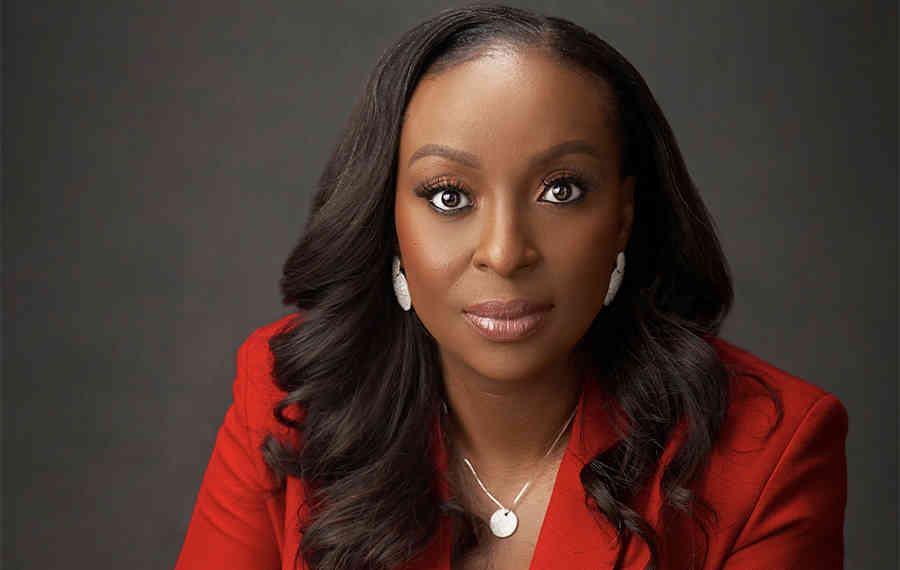 Owen Omogafo is the President and Group Chief Executive Officer of Transcorp.
Becoming one of Africa’s Top 100 Female CEOs before the age of 40 is, by any measure, an extraordinary accomplishment.

Add the fact that she became the youngest CEO on the Nigerian Stock Exchange and the youngest and first female to lead Transcorp Plc, and you have a woman who continues to raise the bar and shatter glass ceilings.

We are speaking about Owen Omogiafo, the unrivalled athlete.

She is a Harvard-trained executive, a Prosci Institute-certified Change Manager, and a member of the UK’s Chartered Institute of Personnel and Development.

Learn more about her fascinating story and how she climbed the ranks to become one of Nigeria’s top CEOs.

An intriguing youngster and education
Owen Diana Elaiho was born in Benin City on May 28, 1980. (now Edo state). She recalled a wonderful childhood. This was partially due to her privileged upbringing.

Yes, Owen Omogiafo was born into a wealthy family; she would later remark, “my spoon was so silver it was almost platinum.” However, within a few years, the family’s fortunes improved after her father lost everything except his mental health, dignity, and family.

Owen would later describe how she and her siblings were forced to walk to and from school, sometimes having to lap each other on the bus to save money for snacks. Despite this, her parents never jeopardised their education.

Owen attended the University of Benin (UNIBEN) Demonstration Secondary School UDSS, Benin City before obtaining a B.Sc. in Sociology and Anthropology from the University of Benin. She pursued a master’s degree in Human Resources from the London School of Economics and Political Science. She attended the Lagos Business School and the IESE Business School in Spain to develop her business skills and acumen.

Owen began her career in 2003 as a relationship manager at Bond Bank, and after a year there, she joined Accenture as the Organisation and Human Performance Consultant (specializing in Change Management). During her tenure at Accenture, she was responsible for a variety of projects and clients in the Private, Public, and various industries.

Owen Omogiafo left in 2008 to join the United Bank for Africa (UBA) as HR Advisor to the GMD/CEO, and she accelerated her career training. Regarding her employment with Tony Elumelu (TOE), Omogiafo stated that she had to temporarily fill the position of an employee on maternity leave, which she took very seriously. She was required to remain in the executive office at UBA after the four-month relief period had expired.

After two years at UBA, Owen Omogiafo transitioned to Heirs Holdings Ltd, where she served as HR Director and Director of Resources, establishing structures for optimal human and machine engagement and deployment within the group.

In 2010, she assumed the role of Chief Operating Officer (COO) of the Tony Elumelu Foundation (TEF). She was a crucial member of the team that oversaw the $100 million Programme to identify, mentor, and fund 10,000 entrepreneurs over the next ten years.

Owen Omogiafo would describe her career progression as follows: “From my initial roles as Human Resources Director to my pivotal career moment of being appointed Chief Operating Officer (COO) and then Deputy CEO (DCEO) of the Tony Elumelu Foundation, this has been my story. I was able to raise my hand and say “I can do it” whenever the opportunity arose, and I subsequently earned the confidence of those who gave me the green light by doing a good job.

She acknowledges that she is a product of the various mentors she has had throughout her life. “I’ve had multiple mentors at every stage of my life, from college to the present. Tony O. Elumelu, CON, the Chairman of Transcorp and Heirs Holdings, is one of Africa’s finest products, and I am fortunate to have him as a mentor.

In 2018, Owen Omogiafo left the Tony Elumelu Foundation to become the Executive Director of the Transnational Corporation of Nigeria (Transcorp Plc) — a major accomplishment in her career history. In February 2020, she was named the new President/GCEO of Transcorp Plc due to her continued diligence. She was responsible for overseeing a company with approximately 300,000 shareholders and interests in the power, energy, hospitality, and agricultural sectors.

Owen Omogiafo is a member of both the Institute of Directors (IoD) Nigeria and the Board of Avon Healthcare, where she serves in a Non-Executive capacity on the Board of Finance, Investment & Risk Committee and Board Audit & Governance.

In one of the quotes from her interview, she says, “When you miss milestones, do not abandon the goal altogether; instead, take stock and continue on the journey.” This demonstrates the determination and focus with which she pursues her goals, and the result is evident in her career.

All of her professional achievements have not come without difficulty, as she has had to manage numerous personal and family obstacles while pursuing a demanding career. However, one aspect of her story stands out consistently. She asserts, “I can,” and her results support her claim. Omogiafo is still regarded as one of Nigeria’s youngest and most accomplished CEOs, and her tenacity in advancing her career over the past two decades is commendable.

The Business Day (Nigeria) Women’s Hub also recognised her as one of the fifty most inspiring Nigerian women. In 2018, Omogiafo was included on the YNaija – Power List for Corporate Nigeria, as well as the list of the 50 Leading Ladies in Corporate Nigeria.