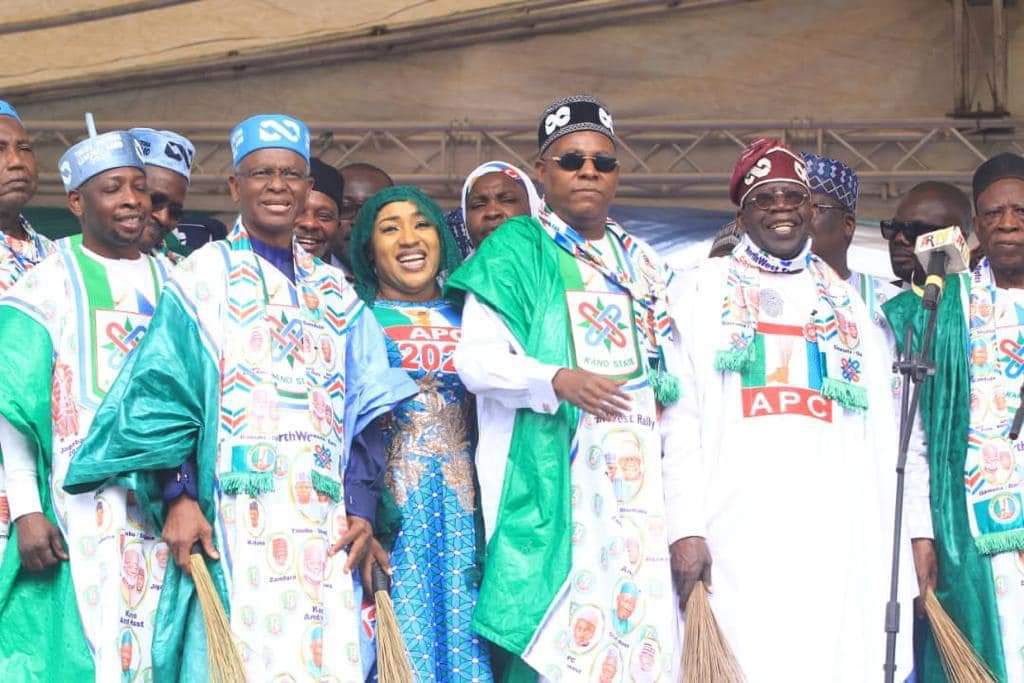 Kano city witnessed mammoth crowd gathered in their millions in solidarity and support for the front runner of the 2023 Presidential Election the APC Presidential Candidate Asiwaju Bola Ahmed Tinubu who promised to make Kano state an International Commercial Hub of the Sahel.

Asiwaju had also promised to make many businesses, men and women, become Billioners when he became the president of Nigeria. Since Kano state is popularly known for its commerce in the Sahel, Asiwaju Tinubu had promised to reposition and revitalize the state economy building on what President Buhari and Governor Ganduje has done in the state by gainfully empowering small and medium scale enterprises, industries and businesses which will solve the unemployment issues in Kano and North west.

Conversly, Dr. Betta Edu the ebullient National Women Leader of the ruling party APC had in a media correspondence conscientize the good women of Kano state to support and vote for Asiwaju Tinubu as the only candidate who will give women good representation and empowerment he will make over 10,000 Business women billionaires from the region through targeted empowerment.