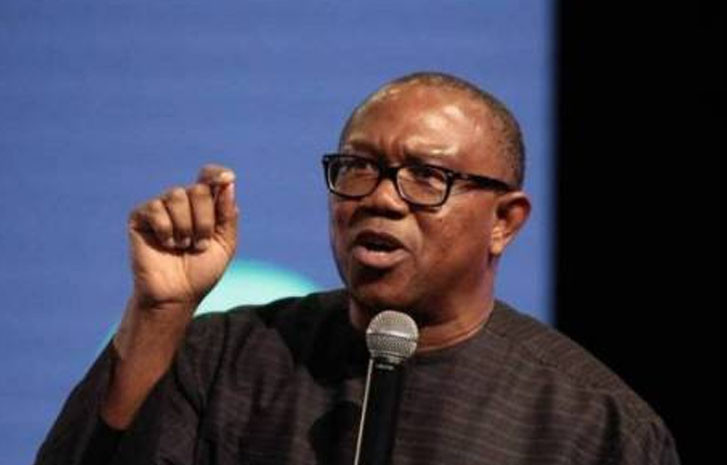 Peter Obi, the Labour Party (LP) presidential candidate, has threatened to withdraw from the 2023 presidential race if his running mate, Datti Baba-Ahmed, is found to be corrupt.

Obi, who stated this while answering questions at the Chatham House in London, argued that Baba-Ahmed never compromised his position when he was a member of the National Assembly.

He said: “We will fight corruption, Datti has the record of being the only National Assembly member who refused to buy property of the government when it was offered to all members. You can go and look at his record, if you find anywhere he puts himself in a transactional position that he has compromised his position, I will stop running.

“I have governed a state for eight years, go and check the record, I have challenged everybody, I am the only governor, till today whom the day I left office I was not owing salaries or pension or gratuity or any contractor or any supplier and I left money in three banks in Nigeria which I say every day, Access Bank of Nigeria, Fidelity bank of Nigeria and Diamond bank of Nigeria.

“Nations of our size have done it. How did India with 1.4 billion people cover the issue of health, how did Indonesia cover that? If other nations have done it well, we have to learn from them, there is nothing wrong in learning from them if you do not know how to do it.

“Let me assure you what we have been campaigning on, in our campaign we have heard them say, we do not have structure. That is the structure we are trying to destroy, the structure of criminality, that Nigeria has been held captive. The structure that has impoverished Nigeria, it will not be there, we will dismantle it.

“We are going to turn around the power sector. Nigeria generates about 60,000 megawatts of electricity for 200 million people. South Africa is the second biggest in terms of economy, 60,000 million people generate about 50,000MW, and South Africa in the last two to three years has declared a state of emergency in power, and said anybody can generate about 100MW without a license.”