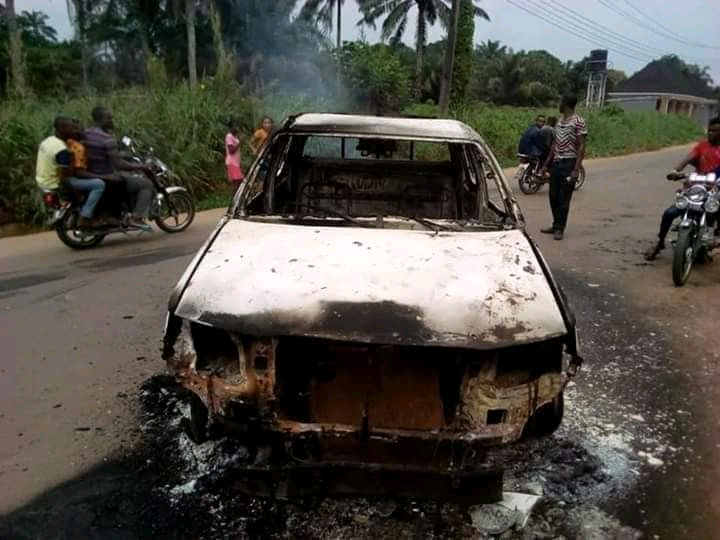 Newsweekng gathered that there is tension in the town following the gruesome murder of the deputy leader of Warri North council, Bigha Grikpa, and three others on Wednesday.

Grikpa was shot dead by gunmen who stormed the Mission Road area of the town in the early hours.

The killings came amidst the recovery of the bloated remains of two young boys, who had been declared missing two days earlier.

The Police Public Relations Officer, Edafe Bright (DSP), who our reporter contacted, said he could not confirm the report, because he had “not heard anything about it”.

Several sources confirmed the report, and our reporter gathered that the hitherto sleepy town has been rocked by bloody cult gang wars and deadly killings in the last two years, with dozens of young men killed during the yuletide.

The bloody Wednesday’s victims included Mathew Ekiopa, who ran a thriving boutique at Lexi Junction, and his sales girl, simply identified as Blessing.

They were hit at point-blank range in the head and arm in front of the shop.

The fourth victim was identified as Alhaji Bello, a businessman, who was said making a purchase at the boutique when the gunmen struck.

Khalil Samuel, a resident of the troubled city, lamented the spate of killings on his Facebook page, saying, “Four people killed in Sapele this (Wednesday) morning. Sapele needs a serious intervention”

Khalil urged the government to declare a curfew in the town, noting that the killings are “totally unacceptable.”

A former member of the state House of Assembly, Daniel Mayuku, expressed shock at Grikpa’s death.

He said: “I know this very calm and respectful councillor. What is his offence?”

A blogger based in the town, Sapele Amebo, reported that the remains of two youths who were declared missing 48 hours earlier were recovered from a sand beach in the town.

It was gathered that the remains showed signs of lacerations on their throats, raising suspicions that their remains were dumped into the river after they had been killed.