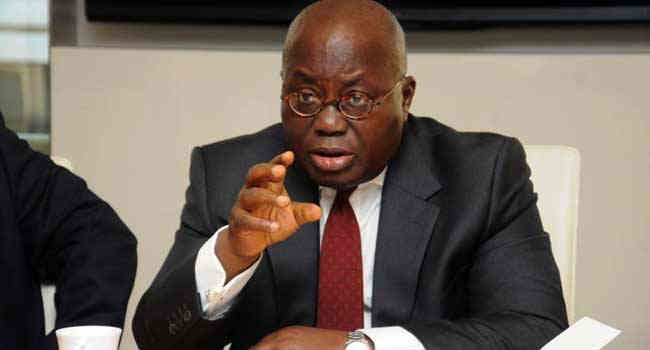 The packing machine at the Nakobs’ Pac factory on the outskirts of Accra, Ghana’s capital, is operating at full speed, producing sachets of purified drinking water.

However, not all is well at Nakobs’. As is the case with many small businesses in Ghana today, proprietor Daniel Tekyi is struggling.

With over 50.3% inflation in November, up from 40.4% in October — the highest rate since 2004 — a currency worth half of what it was a year ago, fuel prices doubling, and debt payments consuming more than half of government revenues, Ghana is experiencing its worst economic crisis in decades.

Tuesday, Ghana signed a $3 billion bailout agreement with the International Monetary Fund in an effort to stabilise its public finances, but economic stability remains elusive.

Tekyi stated, “It would be best for us to close the factory.” We truly have no idea when this crisis will end.

Ghana, which was once hailed as a bastion of economic stability and security in a region beset by coups and jihadi wars, has steadily lost investor confidence.

Ghana, like much of the continent, emerged slowly from the pandemic, only to be confronted with the repercussions of the war in Ukraine and the rise in fuel and food prices.

This year, in response to a payment crunch, President Nana Akufo-Addo abandoned his “Ghana Beyond Aid” policy and initiated bailout talks with the IMF.

Already, the government has announced a 2.5% increase in the value-added tax (VAT) and a freeze on public employee hiring in an effort to cut costs and increase revenues. A restructuring of debt is in progress.

Finance Minister Kenneth Ofori-Atta assured an IMF team in Accra that the credit deal, debt swap, and reform package would restore investor confidence and steer the economy out of “grave times.”

However, many Ghanaians are preparing for the possibility of austerity before stability returns, as a result of new taxes and spending cuts.

The formation of Ghana’s government may have political repercussions. Akufo-Addo is stepping down two years from now, and ruling New Patriotic Party or NPP allies are already jockeying for position for primaries in early 2023.

According to economist Daniel Anim Amarteye, the government must find ways to mitigate the effects of reforms, particularly on public sector employment and high tax rates.

“This could be politically fatal if it is not done,” he said.

Prior to a few years ago, Ghana’s economic story shone brighter. Before the pandemic, the West African state was a shining example of economic success, with rapid growth rates, rising oil production, and robust investor interest.

However, its high level of debt posed an imminent threat.

Since the beginning of the year, Ghana’s cedi currency has lost half of its value, contributing to a $6 billion increase in its debt burden and prompting warnings of a possible default.

A major component of the IMF agreement is the restructuring of the country’s debt, which requires investors to exchange their current bonds for new ones with a later maturity date.

The approval of the $3 billion loan by the IMF is contingent upon its success. Officials assert that they have the means to mitigate any negative effects on local banks and pension funds, the largest holders of domestic bonds.

However, Ghana’s largest labour organisation, the Trades Union Congress, is already agitated about the deal’s potential impact on worker pensions.

Opposition The National Democratic Congress has been quick to blame Akufo-administration Addo’s for the escalating debt, even attempting to censure the finance minister without success.

The government of Akufo-Addo invested heavily in social programmes such as free high schools. His ruling New Patriotic Party, however, attributes the crisis to external shocks, namely Covid and Russia’s war in Ukraine.

“If Covid had not occurred, what would our story be?” Director of NPP communications Richard Ahiagbah told AFP.

– Daily adversity –
Ofori-Atta apologised to Ghanaians for their suffering when he testified before parliament last month, but officials dismissed NDC allegations of mismanagement.

However, Patience Tesonkeh cannot afford the luxury of political calculus.

Due to the rising cost of cooking gas, the single mother switched to cooking with cheaper charcoal. Her typical weekly grocery budget is no longer sufficient to meet her family’s needs.

On a recent trip to purchase rice, fish, and yams at a market in her Accra neighbourhood, she said, “I withdrew $300 cedis ($20) thinking I would get everything I needed, but I was unsuccessful.”

Last month, unionised merchants and shopkeepers in the capital closed their businesses for three days in protest of rising living costs.

For factory owner Tekyi, the maths doesn’t add up. Transport and production now cost 5.8 cedis per water bag. He can only sell them for five dollars.

“We planned to close our factory because we are losing money,” he explained.

“However, we had second thoughts because if we close and lay off our employees, how will they survive? Therefore, we are currently producing at a loss.”