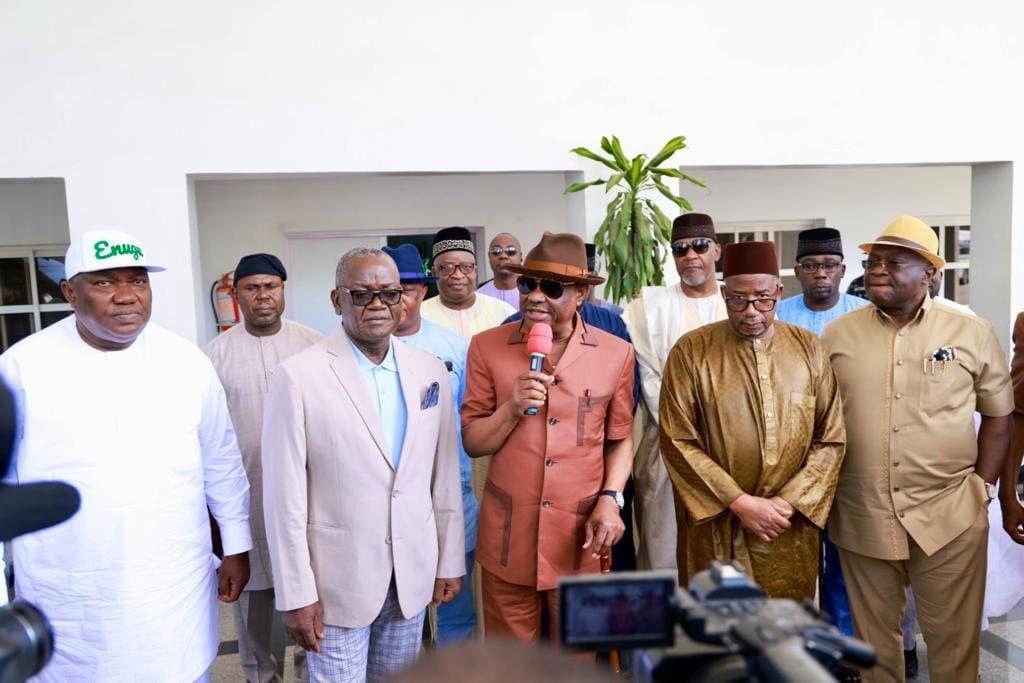 Newsweekng reports that, Bala Mohammed, the governor of Bauchi State, has broken ties with the G-5—the five PDP governors who are upset over something.

On Thursday, Mohammed refuted any plans to oppose Atiku Abubakar, the front-runner of the main opposition party.

This is coming after a member of the group, Governor Seyi Makinde was seen in a video canvassing for vote in favour of Abubakar Atiku in the coming election.

The G-5 governors have vowed to work against Atiku in the 2023 presidential election over the refusal of the party’s national chairman, Iyorchia Ayu, to resign from office.

The aggrieved governors had condemned northern dominance in key positions in the party, hence their call for Ayu to resign.

Mohammed, however, on Thursday declared his support for Atiku during the flag-off of his gubernatorial campaign in Gamawa Local Government Area of the state.

The PDP Governor, while addressing supporters of the party in Gamawa, appealed to them to support Atiku in 2023.

Mohammed stated that Atiku is the only candidate that will restore the lost glory of Nigeria if elected as President.

He further stated that Nigeria needs a personality with an all-encompassing knowledge of the country.

The Bauchi State Governor noted that with Atiku’s eight years of experience as Vice President, he would not have a problem ruling the country.

He also condemned the Federal Government for not giving enough time to allow Nigerians to exchange their old naira notes for new ones.

Mohammed also accused the All Progressives Congress (APC) governors of using the public fund in their campaigns in the name of empowerment.

He added that APC Governors have been giving out cash and food items just to deceive the people.

The PDP Governors called on his supporters to collect what they were given during the campaigns but vote for PDP only.

He assured the people of the area of his administration’s continued commitment to the provision of social amenities such as roads, culverts, schools, and hospitals and to building companies to ease their problems.