Malami has dumped the APC for PDP

The immediate past Nigeria Ambassador to Jordan and chieftain of the All Progressive Congress (APC), Faruk Malami Yabo, has left the party for the main opposition, the Peoples Democratic Party (PDP).

Newsweekng.com reports that Malami announced his defection at a PDP rally in the Yabo Local Government Area (LGA) of Sokoto State on Wednesday. He was joined by many of his supporters, who also decamped the PDP.

He described his defection as a “homecoming”.

“I have always been a PDP family, and my defection today is like someone returning back home.

“I thank everyone who is part of this movement, and I promise to help the party emerge victorious in the forthcoming general election,” he said. 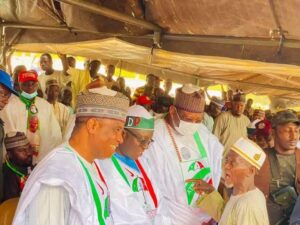 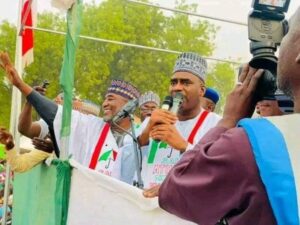 Also speaking, the gubernatorial candidate of the PDP in Sokoto, Sa’idu Umaru, commended the people of Yabo local government for coming out in large numbers to receive the new party members.