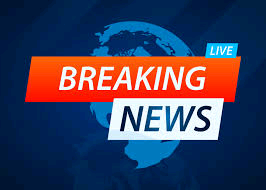 A former president has been rushed to hospital in the US state of Florida, Newsweekng reports

Newsweekng gathered that a former Brazilian President Jair Bolsonaro was on Tuesday, admitted to a hospital in the US state of Florida for “abdominal pain,” according to his wife.

“My dear ones, I come to inform you that my husband Jair Bolsonaro is under observation at the hospital due to abdominal discomfort resulting from the aftermath of the stab wound he received in 2018 from a former member of the PSOL,” Michelle Bolsonaro wrote on Instagram on Monday, referencing the acronym for Brazil’s Socialism and Liberty Party.

“We are praying for his health and for Brazil. God bless us,” she added.

The news comes as security forces in Brazil detained an estimated 1,500 Bolsonaro supporters after dismantling a protest camp in the country’s capital, Brasilia, following a weekend attack on government buildings there. 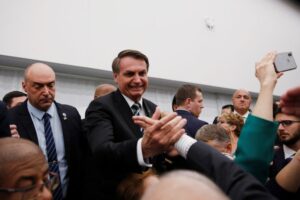 Rioters stormed offices associated with Brazil’s three branches of government — the Supreme Court, Congress, and the executive branch — on Sunday to protest the 2022 elections, which Bolsonaro lost to his left-wing rival Luiz Inacio Lula da Silva.

A source told Brazil’s O Globo newspaper that Bolsonaro’s condition was “not worrying”.

The former army captain, who was Brazil’s 38th president, was previously hospitalized for abdominal pain following a stabbing at a campaign rally in 2018.

The divisive far-right leader was in intensive care for weeks after the knife attack.