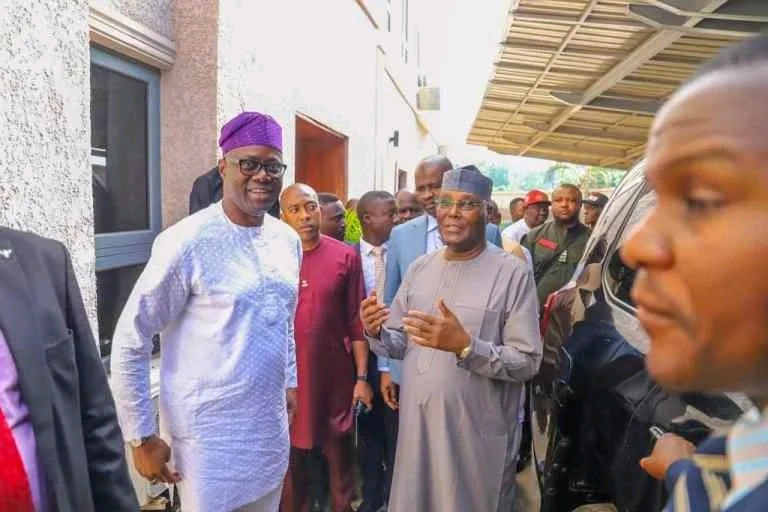 Additionally, at 10 am, the PDP presidential candidate is scheduled to speak at the Southwest Development Stakeholders Forum in Jogor.

He will be in Ibadan to address his party faithful at the premises of Mapo Hall, the traditional host centre for big political rallies.

The Newsweekng  gathered that before Atiku heads for Mapo Hall, he will be the guest of the foremost Yoruba group – The Southwest Development Stakeholders Forum at Jogor Centre off Liberty Stadium road in Ibadan at 10 am.

Newsweekng also learnt that the Governor of Oyo State Seyi Makinde is to lead the PDP Stakeholders in Oyo State to welcome Atiku in difference to G5 governors stand.

” Seyi Makinde will not make that mistake to stay away.  To do that will amount to political harakiri ” one of the party leaders disclosed.

“We are not going to walk into APC suicide minefield.  We are too smart for that. Makinde is enjoying 100 per cent support from the people of Oyo State. ” Ishola Taofik, one of the PDP supporters declared.

I Will Withdraw From Presidential Race If … — Peter Obi