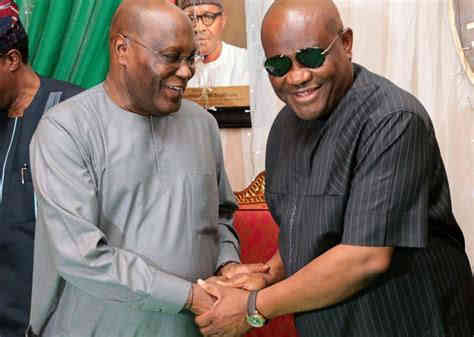 The statement was made by the former vice president following a private meeting with Ibrahim Babangida at his hilltop residence in Niger State.

Atiku expressed hope that the party’s crisis will be handled before the election in February when speaking with journalists after the meeting.

He stated that “The five governors have always been involved, and we will keep them involved, he declared.

Also Read: We Wish Peter Obi and His Labour Party Good Luck But We Have A Better Candidate Whom We Will Support — Charles Soludo

You will see a very, very cohesive and strong PDP that will confront the elections because we think we can resolve this family dispute before the elections.

Remember how Atiku and five governors, including Seyi Makinde of Oyo State, Ifeanyi Ugwuanyi of Enugu, Samuel Ortom of Benue, Nyesom Wike of Rivers and Okezie Ikpeazu of Abia had been at logger head for the resignation of Iyorchia Ayu?

Following Atiku’s selection as the party’s flagbearer, the governors had demanded the resignation of the party’s National Chairman, Senator Iyorchia Ayu, in order to zone the office to the south.

Thanks for using our platform to learn about the latest Naija News on PDP crisis: It’s family quarrel, we’ll resolve issues soon – Atiku